Book design for URTEILE (Verdicts), a book containing the theatre piece Urteile and several essays by German journalists and intellectuals. The book deals with the aftermath of the murders of nine Germans of Turkish and Greek descent by the right-wing terrorist organization NSU (National Socialist Underground) and every day racism in Germany. 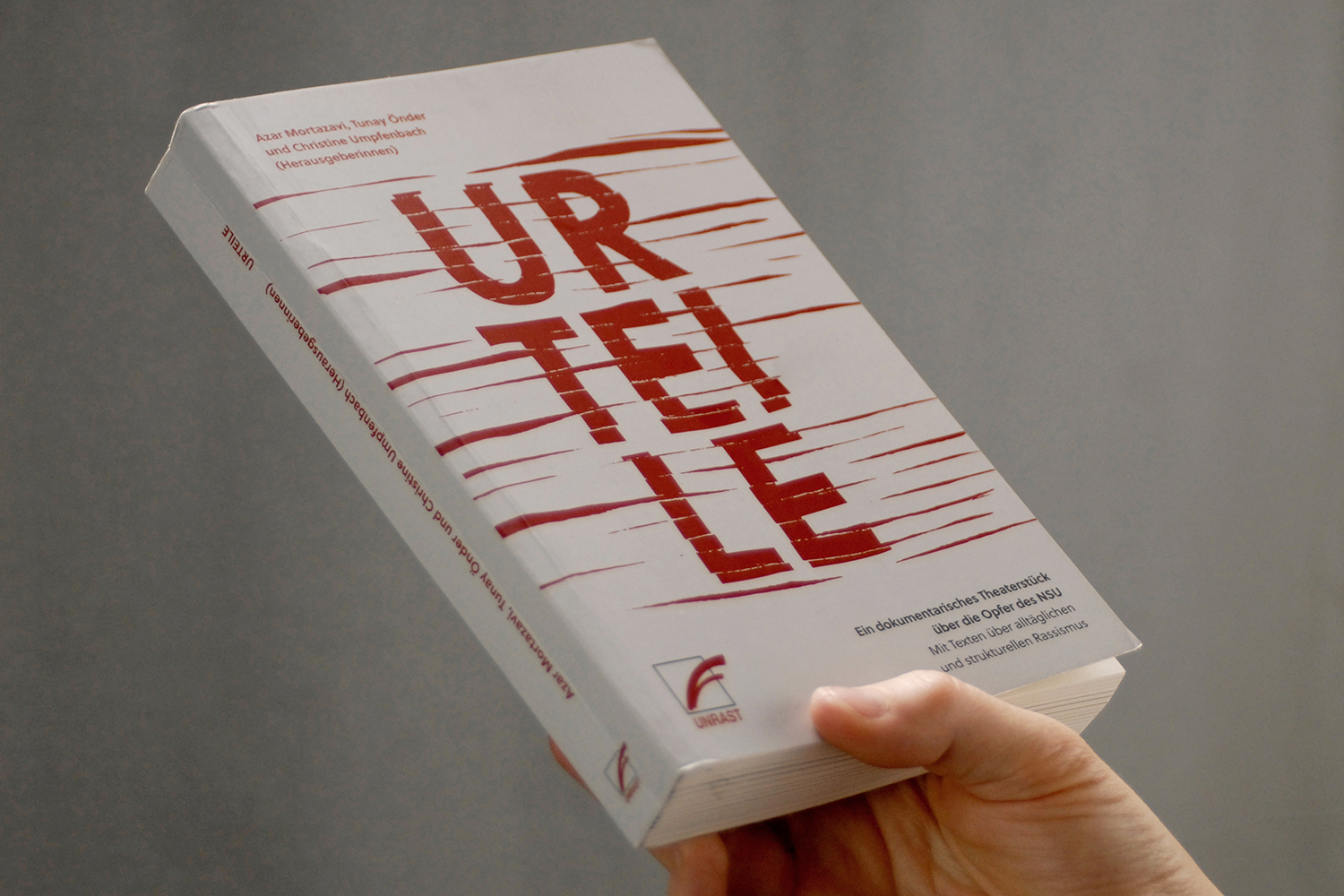 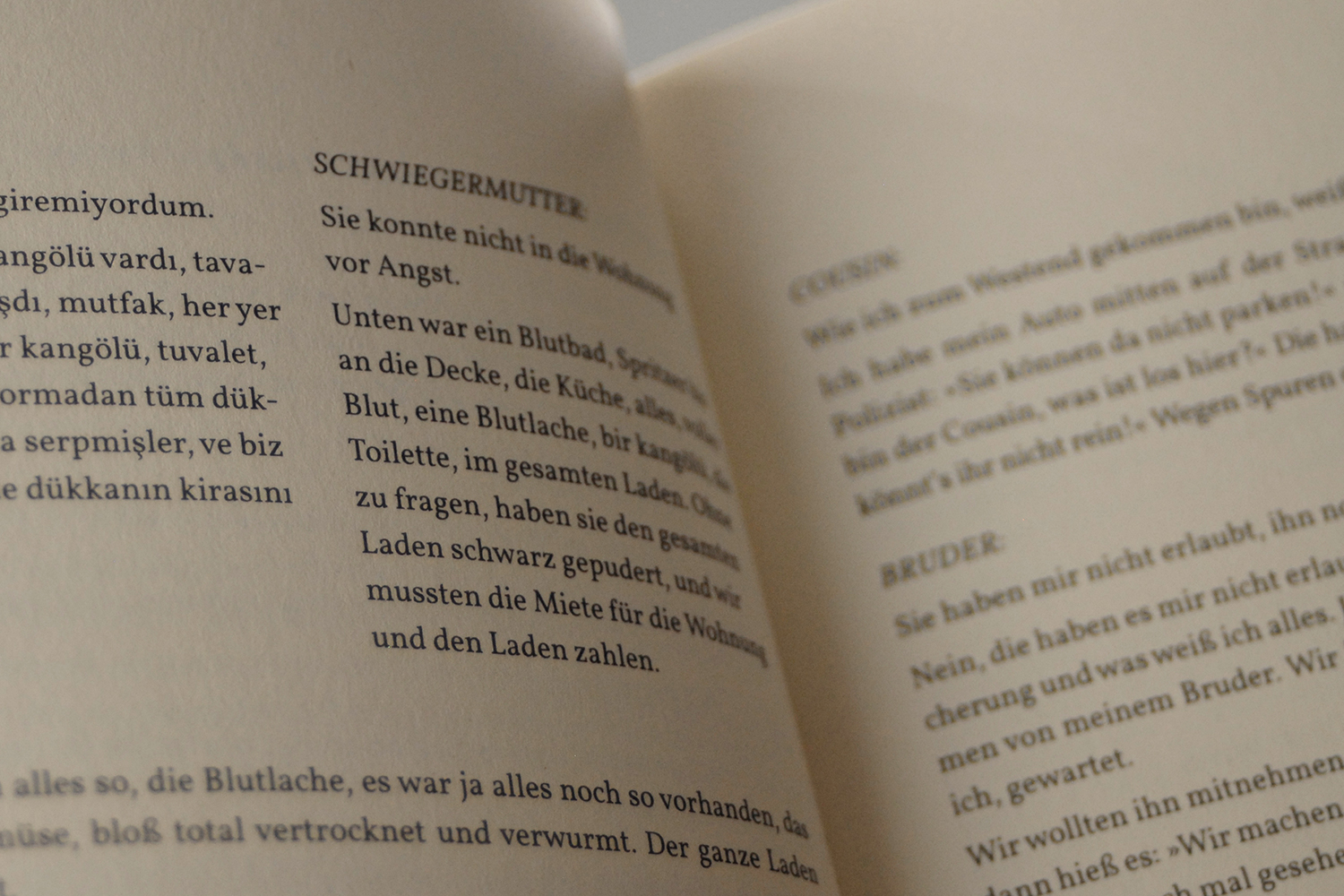 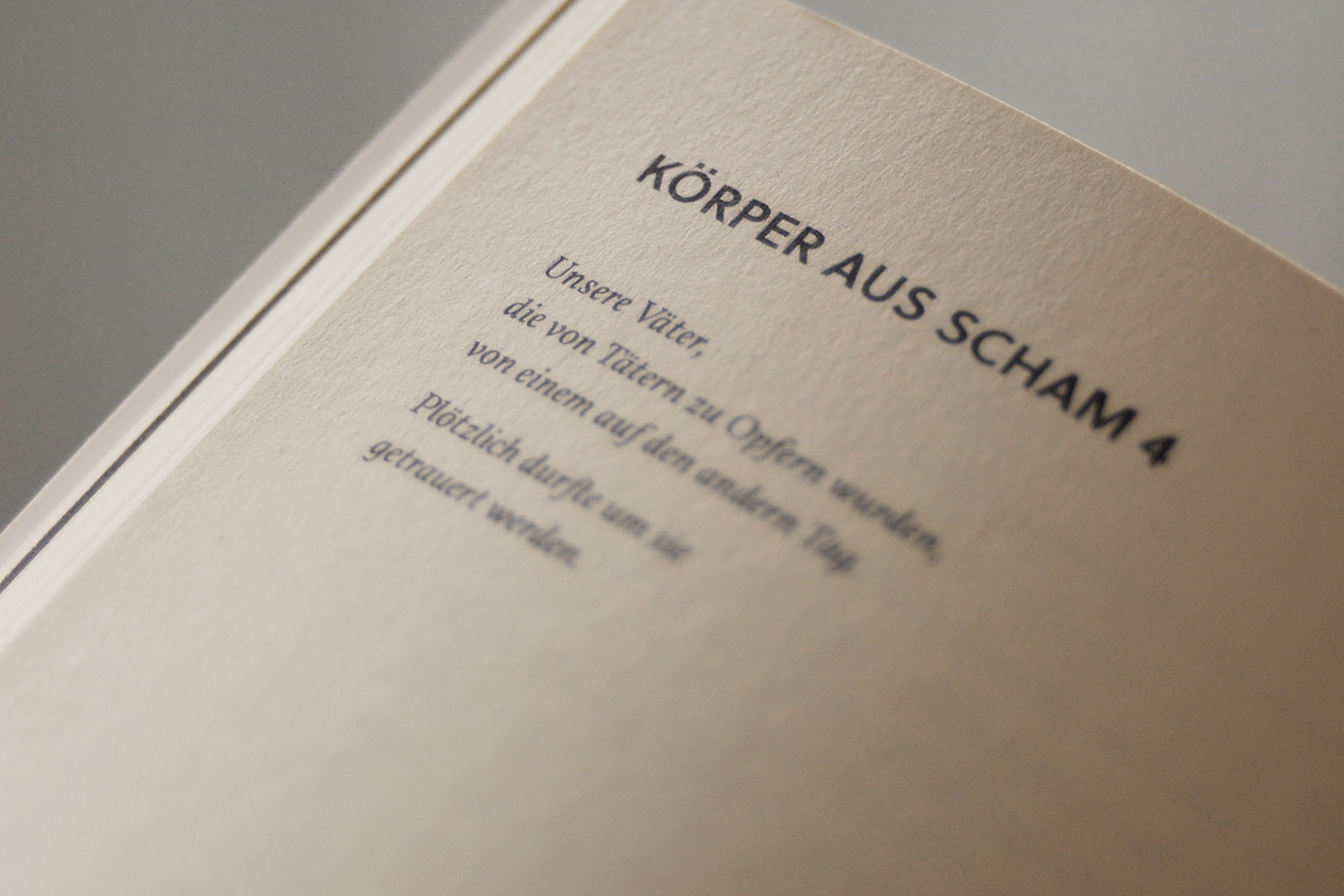 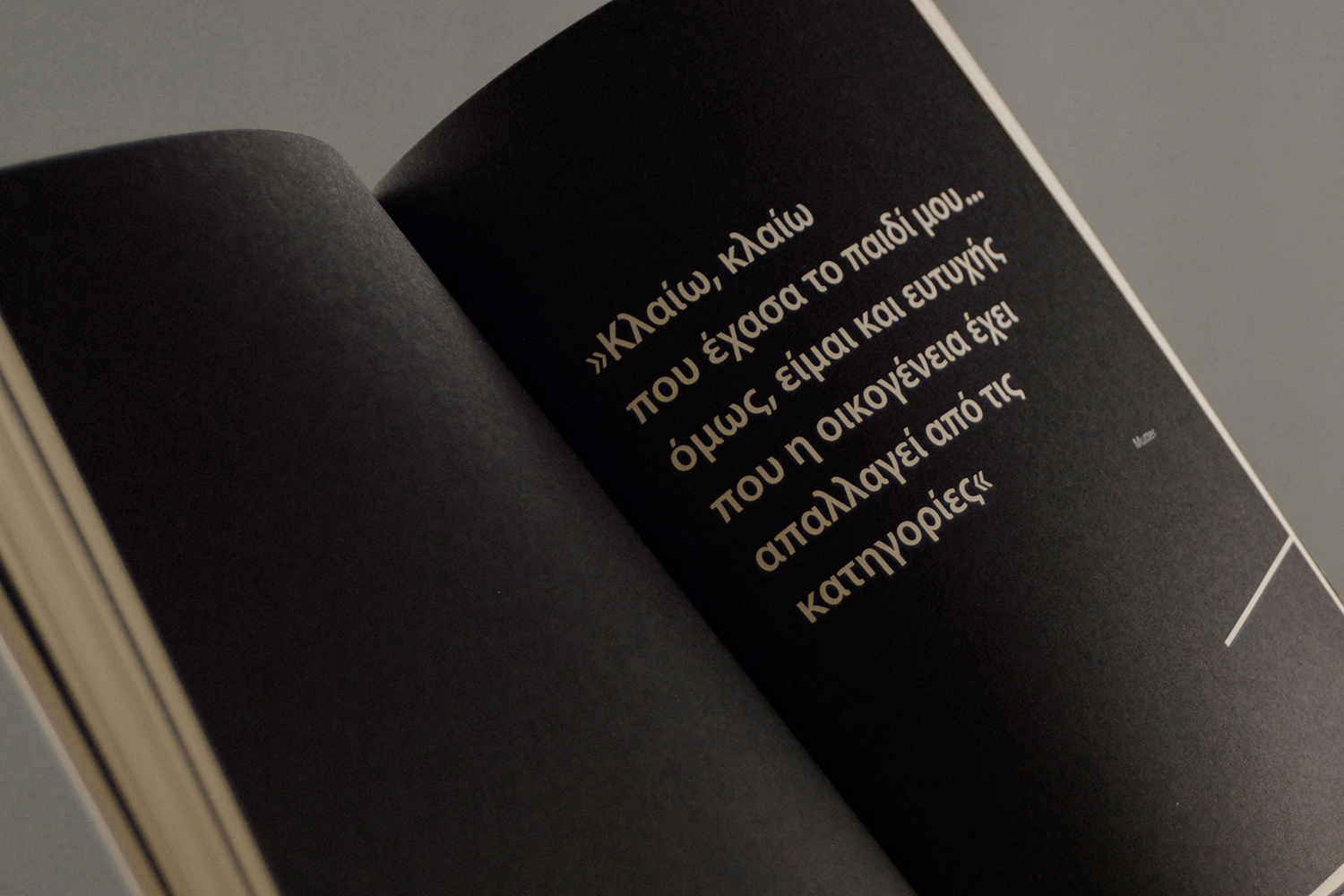 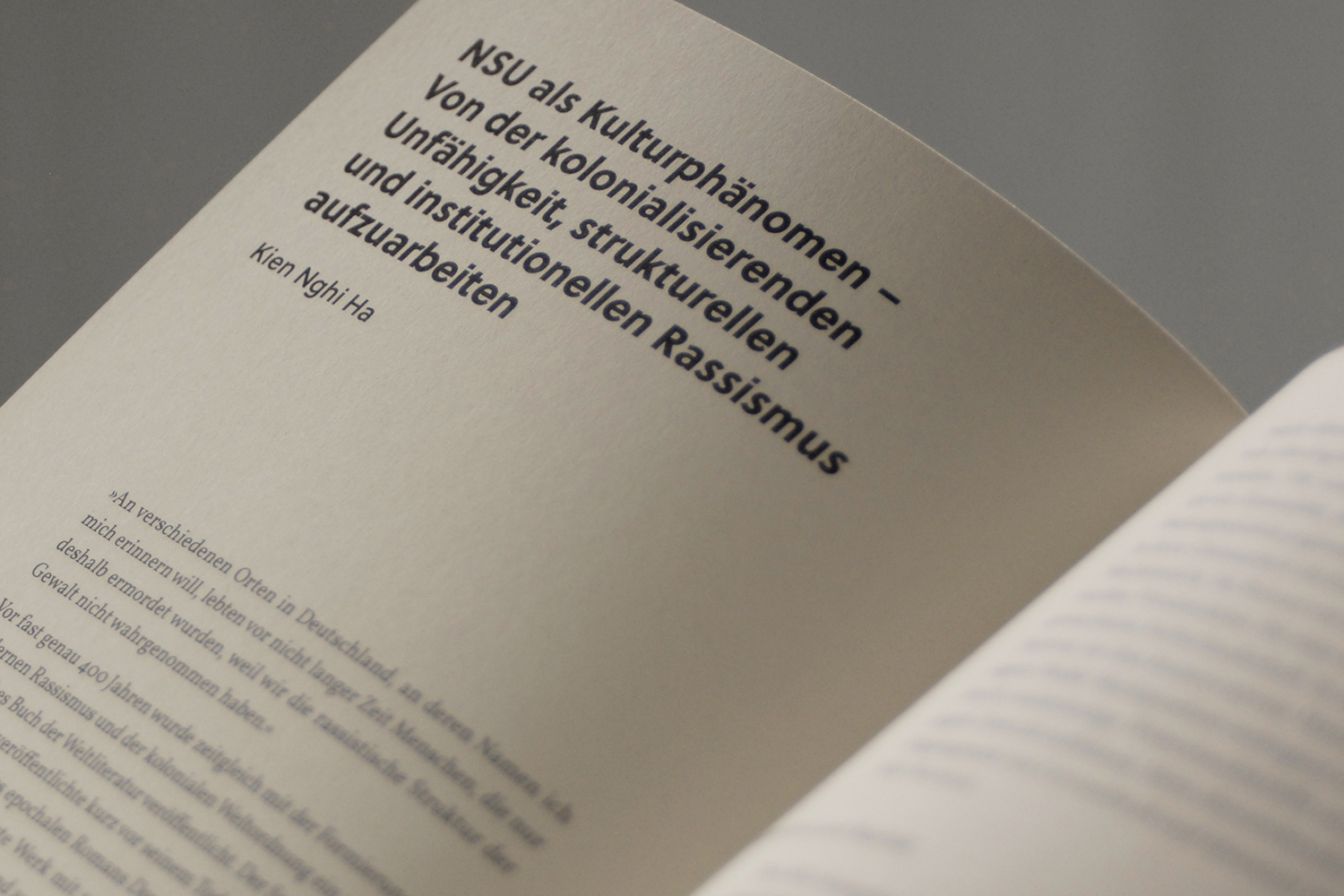 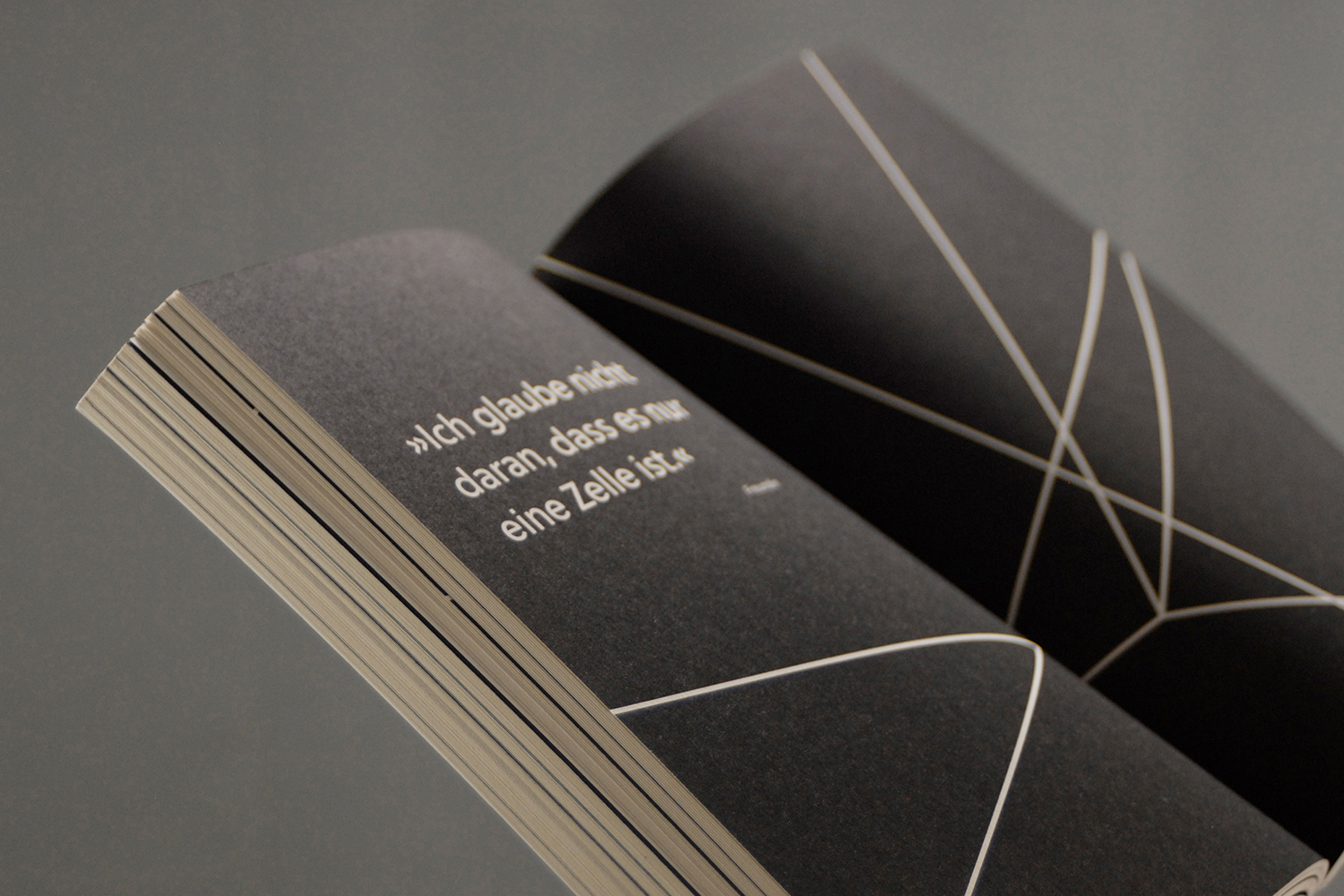 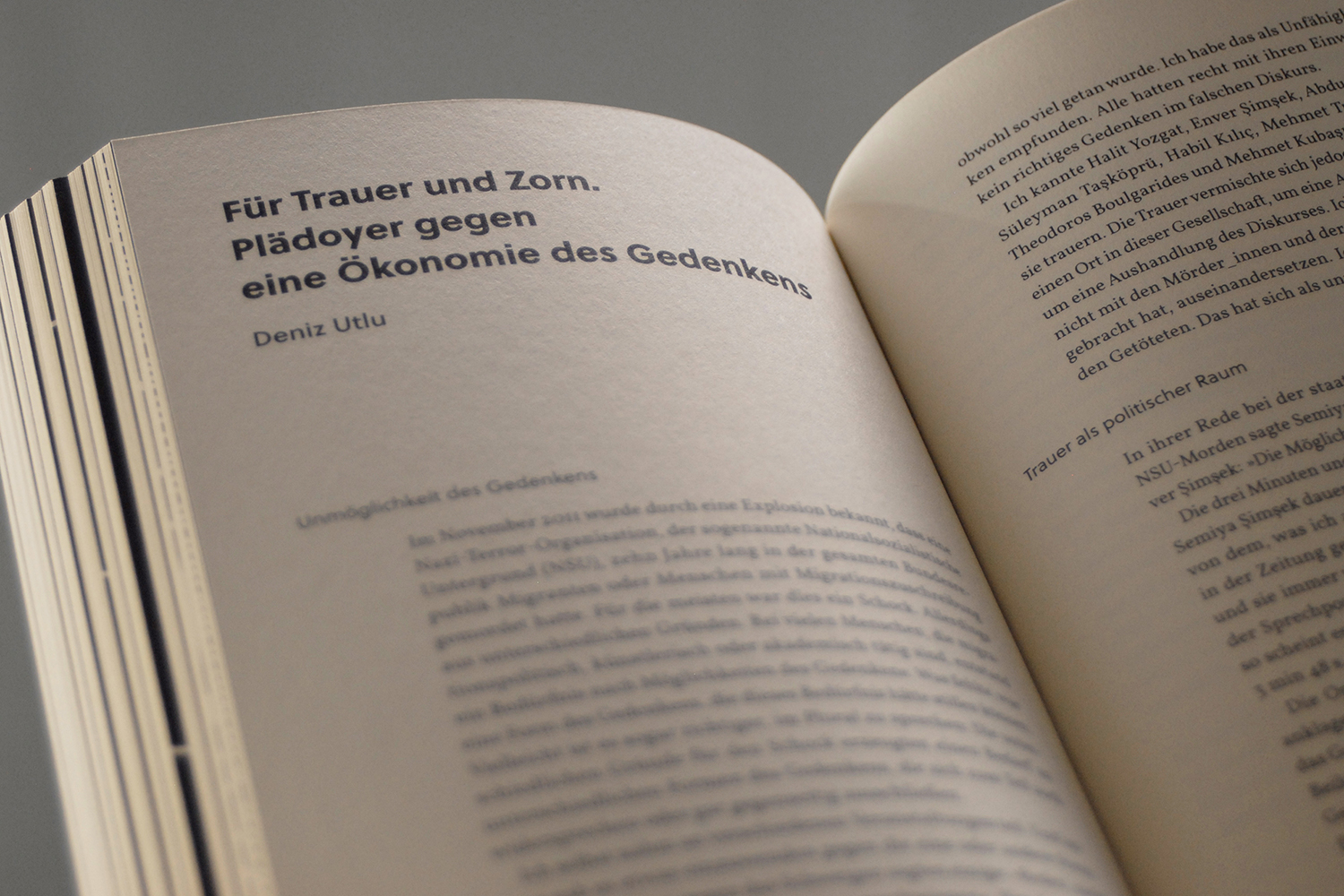 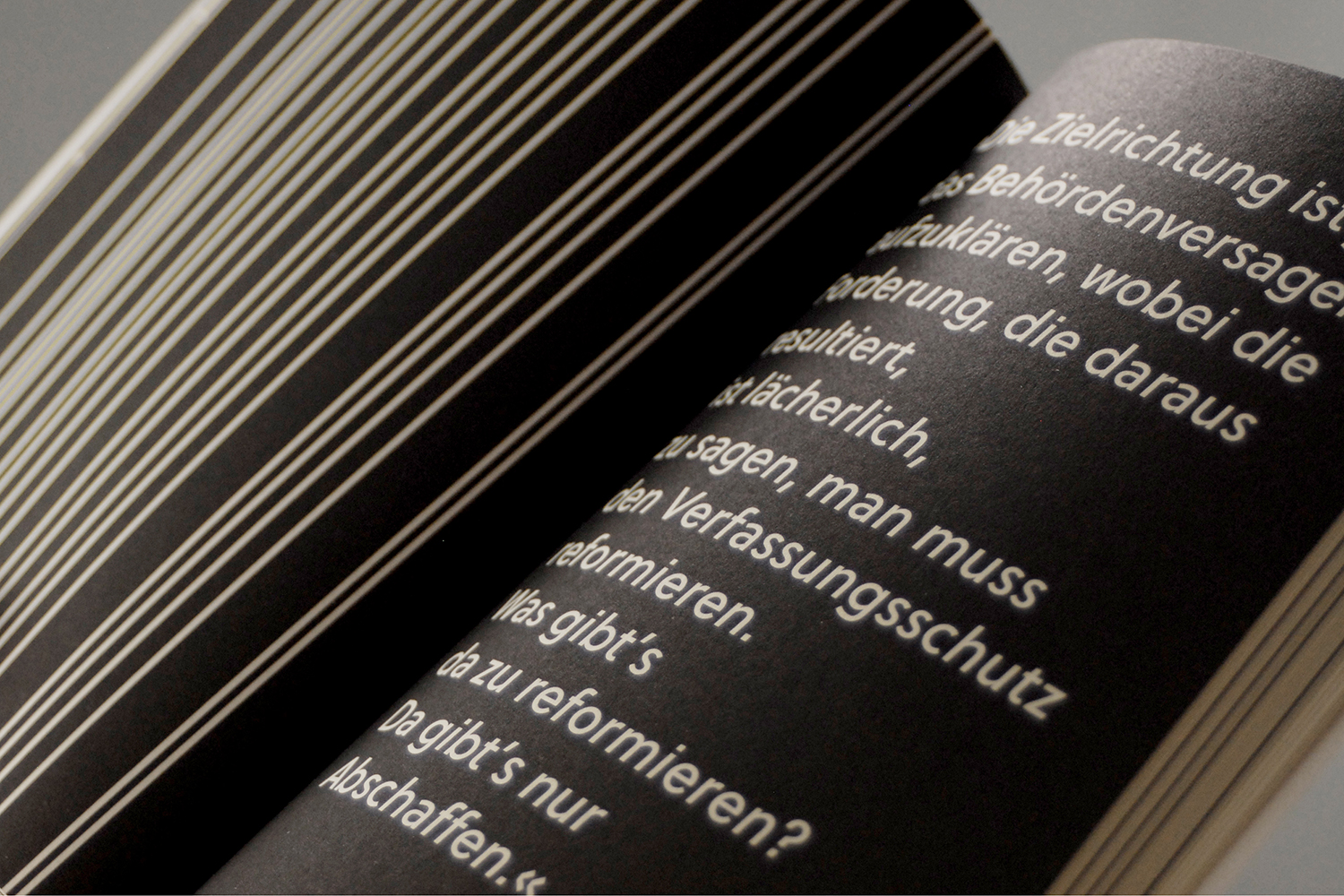